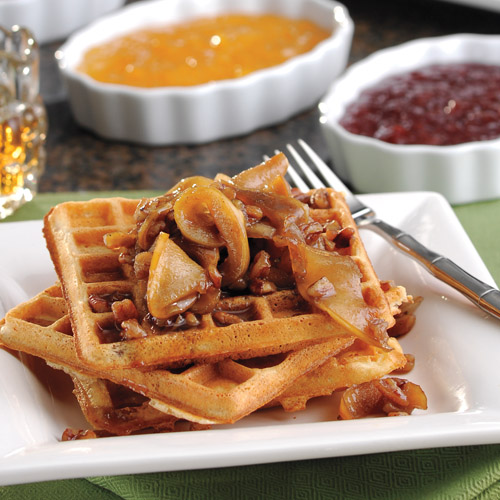 Cinnamon Waffles with Apples and Pecans

3. For each 5-inch waffle, with ladle, pour about 1/2 cup batter into waffle iron (enough to just cover surface of waffle iron). Cook waffles as manufacturer directs or until waffles are golden brown and steam is no longer escaping from iron. Serve waffles with Apple-Pecan Topping.

Chef Tip
To keep waffles warm, place them in a single layer on a baking sheet in a 200° oven.