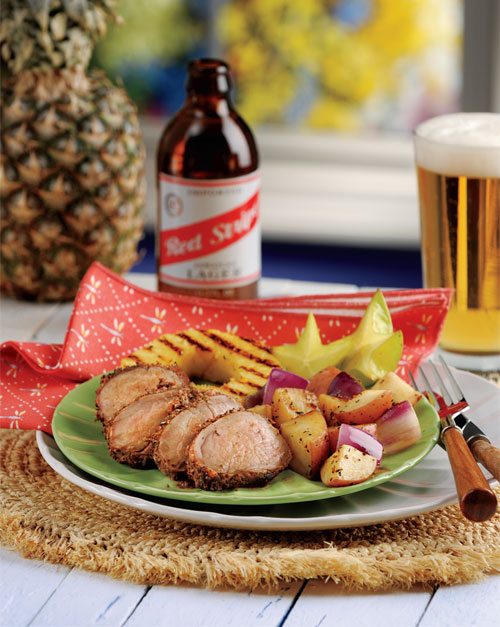 2. Meanwhile, cut crown and stem end off pineapple. Stand pineapple upright and slice off rind and eyes. Cut 1/2 of the pineapple crosswise into 1-inch-thick slices, then cut around core to remove (reserve remaining 1/2 pineapple for another use). Brush both sides of pineapple slices with 1 tablespoon oil.

6. With scissors, carefully cut open 1 end of potato packet and allow steam to escape. Thinly slice pork and serve with potatoes and pineapple.